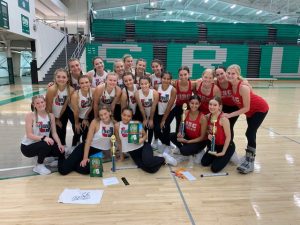 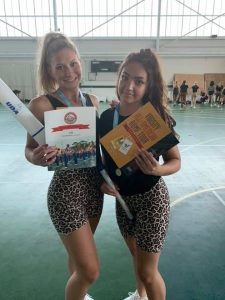 The Varsity Dance and Hip Hop teams both attended the Universal Dance Association camp held at Slippery Rock University this past week.

The dance team earned 1st place in their home routine and the Hip Hop team earned the team full out award along with two All American awards.

Both teams earned a bid to attend the National Dance Team Championship in Orlando, Florida.

In addition to the teams success, this July, the two captains, seniors Emily Bleier and Julie Tarcson were invited to be  UDA Varisty  All-Americans and participate in the New Year’s Day parade in Rome, Italy.  It required additional practices while they were at the UDA camp at Slippery Rock University as well as a try-out that include segments of tap, jazz, pom, and free-style.

Congratulations to both teams!