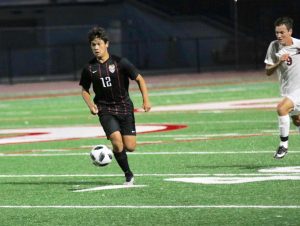 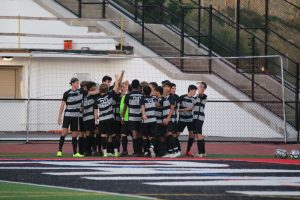 Boys varsity soccer was back in action tonight with a home match vs Bethel Park.

Bethel Park drew first blood, scoring a goal within the first 3 minutes of the game. The early goal woke up the Panthers, as they seemed to control the majority of the half. With just 2:30 remaining in the half, the Panthers broke through. Junior midfielder Ben Bacdayan finished a nice pass from senior forward Collin Sibley to even the game. The score would remain tied to finish the half.

The second half started similarly to the first. The Panthers controlled the pace of the game with most of the action in Bethel Parks zone. With 10 minutes remaining in the game, Cyrus Khani found Collin Sibley for a beautiful finish. The Panthers would add another late goal when Abelardo Sobarzo scored unassisted. The win moves the panthers to an overall record of 3-0-1.

Boys varsity will play again Tuesday September 10th away at Brashear. The game is set to start at 3:30. Awesome job tonight!