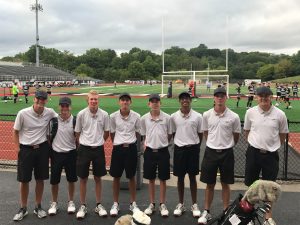 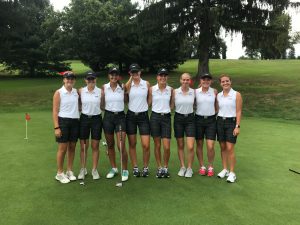 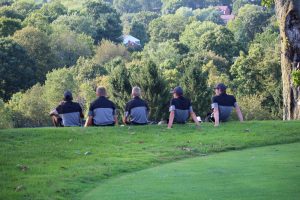 Congratulations to both the boys and girls golf teams for winning section championships today.  Both teams played Peters Township at Hidden Valley Golf Club this afternoon with section titles at stake.  The boys defeated Peters Township earlier in the season in a great match which went into a playoff.  Today, the boys won by the score of 195-203 giving the boys sole possession of the section title.  Jack Urban shot a 35 while Nathan Piatt and Scott Jordan shot 38. The team now stands at 12-0 and play Mount Lebanon on Monday to wrap up the regular season.

The girls who stand at 12-1 overall had their only loss of the season to Peters Township earlier this season. It was a great match that came down to a single stroke.  Today, USC defeated Peters by the score of 172-182 which gives them a tie of the section title with Peters Township. Sara Steve shot a 39 and Tori Slagle shot a 43.  Mary Groninger and Caroline Wright both shot a 45.

Congratulations to both teams!!!!  Great job!!!!