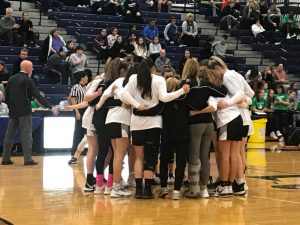 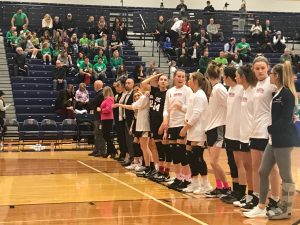 The Upper St. Clair girls basketball team played hard but came up short on the road to Mount Lebanon tonight by the score of 47-42. It was a close first half as Mt. Lebanon hit a 3 point at the buzzer to go up six at the half.

Lebo came out at the half and had a strong third quarter going up by as many as 16 points.  The Lady Panthers would not quit.  They battled back pulling to within four in the fourth quarter.  However, the Blue Devils held on at the end to win by five.  Ava Keating led the Panthers with 19 points.

The girls will be in action again on Thursday night as they host Canon McMillan.  It will also serve as senior night.  Please come out and support the team.