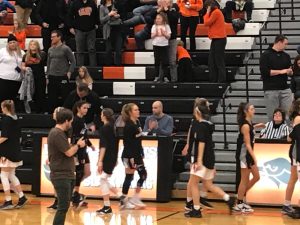 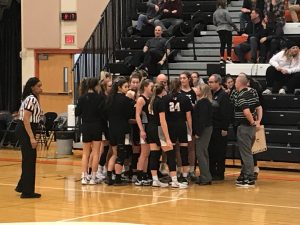 The Upper St Clair girls basketball team came up short to top ranked Bethel Park tonight by the score of 49-38.  Maggie Dziezgowski scored 16 points, reaching the 1,000-point mark for her career, to lead No. 1 Bethel Park to a 49-38 victory over No. 5 Upper St. Clair (9-5, 6-4) in a battle of ranked girls basketball rivals.

Bethel Park started the game off fast and led 20-9 at halftime. However,  Mia Brown had 14 points, including four 3-pointers, for the Panthers, who got back into the game with an 18-11 run in the third quarter.

Bethel Park was able to close out the game with hot shooting in the fourth quarter.   The Panthers will be in action again on Saturday afternoon when they play in the “Coaches vs Cancer” game against North Catholic.