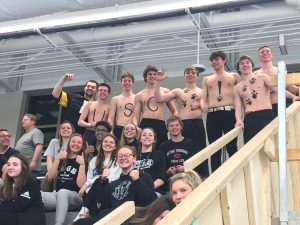 Upper St. Clair Swimming and Diving hosted our section rival Mt. Lebanon on Thursday night. This meet always promises great competition in an exciting environment, and this year’s version of the meet did not disappoint. The girls team lost a close, hard-fought battle while the boys team won every event en route to a dominant victory. By virtue of their victory, the boys also secured a three-way tie with Mt. Lebanon and Peters Township for the Section title. 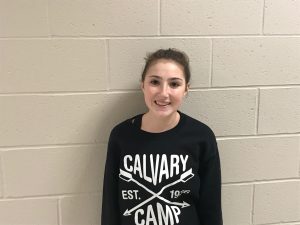 The meet got off to a great start as our girl divers took 1st 2nd and 3rd on the 1-meter board. Freshman Addison Burnette secured first place with a season-high score of 218.5 which also qualified her for the WPIAL championships. On the boys side, Junior Sam Levy won first place and freshman Tyler Kirk did a great job in his first meet of the season.

It was a great team effort for both the girls and boys teams and will provide us with great momentum as we head into the championship season.